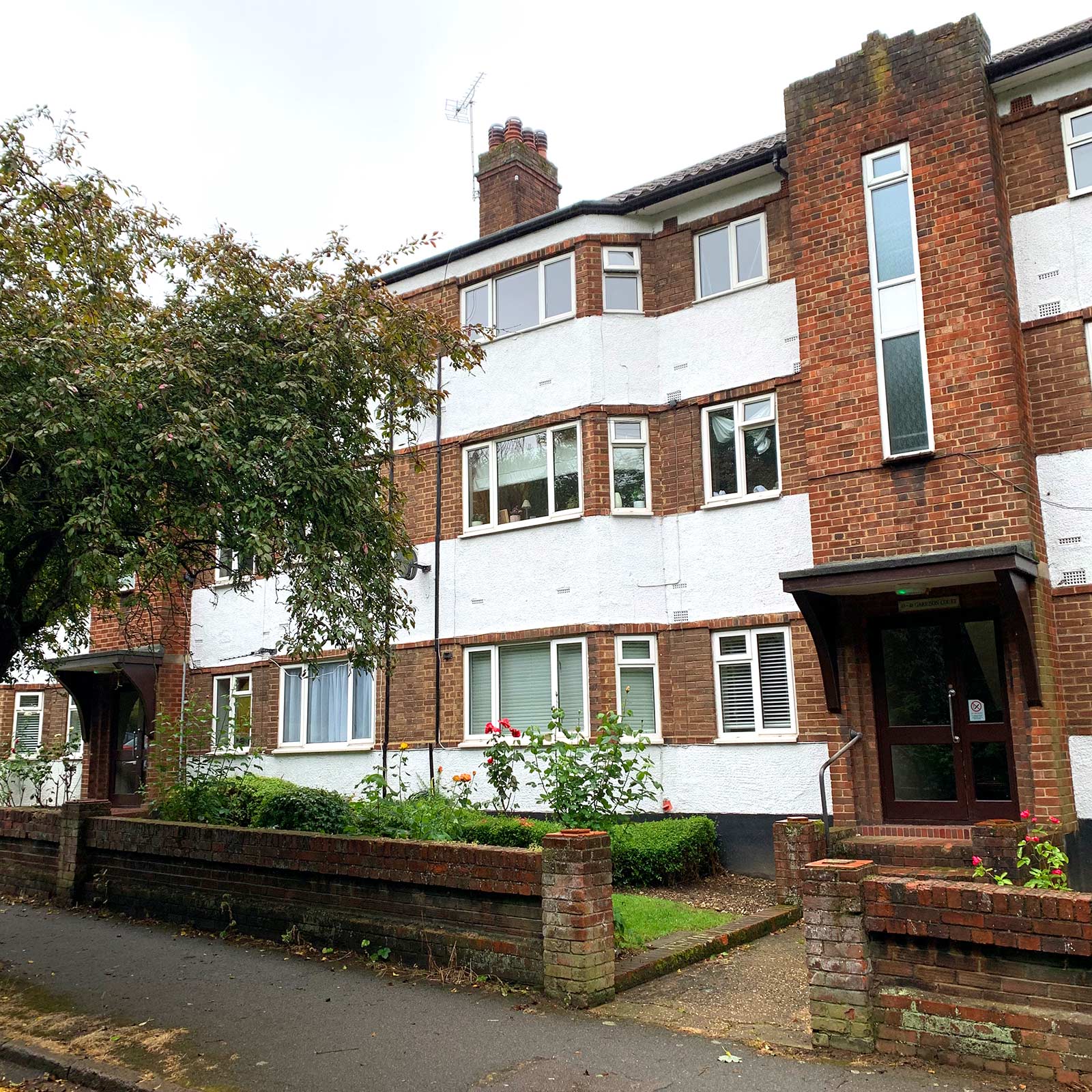 Back at the beginning of 2019 at the ripe old age of 46 I was lucky enough to find myself in a position to buy my first flat. For the previous 6 years, after separating from the mother of my son, I had been living in shared accommodation. This didn’t really bother me and the people I shared with were great, but my son was getting to the age where he would need his own space. During these years I had been busy saving money in the hope of raising enough for a deposit on place for the two of us and it was slow going.

Then in October 2018 my father sadly passed away, it was a difficult time for many reasons and I went through all sorts of emotions which I won’t go into, but it turned out that dad had left me a bit of money. This, added to my savings, meant I now had enough for a deposit and was in a position start looking for a home for me and my boy.

A friend of mine lived in a block of flats that I had lived in years ago, a time in my life I have very fond memories of and he told me that one of the flats above him had just gone on the market. This was in January 2019, quite obviously I was still dealing with all the emotions of losing dad so I was a little apprehensive about making a decision as big as this but there was also something about it that just felt right. I went to view the flat and on first inspection I knew it would need a lot of work and when I say a lot of work, I mean gutting the whole place and starting again kind of work!

So at the end of January I made an offer and with a little bit of haggling and because of the condition of the flat I managed to get it for a very good price. Even then it was at the higher end of my budget, but to be honest this was the only way that I was going to be able to afford a two bed flat in Hitchin as the house prices here are quite expensive with Hitchin being a pretty market town within a half hour train journey from Kings Cross.

You will see that throughout this project I have been lucky enough to benefit from the help and wisdom of friends and family, something I couldn’t put a price on! A friend put me in contact with a mortgage advisor he recommended and with his help I managed to get a pretty good mortgage sorted. Every part of this project was a new experience for me so having to wait 12 weeks for the solicitors to sort everything out seemed like a lifetime, but all credit to them for making it a pretty stress free process.

So on the 29th April 2019 I took the keys to my new flat. Luckily for me the owners let me move the bulk of my stuff in over the weekend so on the day I picked up the keys I was pretty much there. Early that evening I remember being in the flat filled with mixed and overwhelming emotions, but I mainly remember sitting there in this empty mess of a front room, starring at my dad’s guitar (my most prized possession) and thinking “what the hell have I done?”. I actually cried, a lot, I think this was a much needed release, which since dads passing I hadn’t given myself any time to do and in that moment it just all came out. Sitting there it felt like the task ahead was going to be an impossible one, but prepared for it or not, I knew there was no turning back… 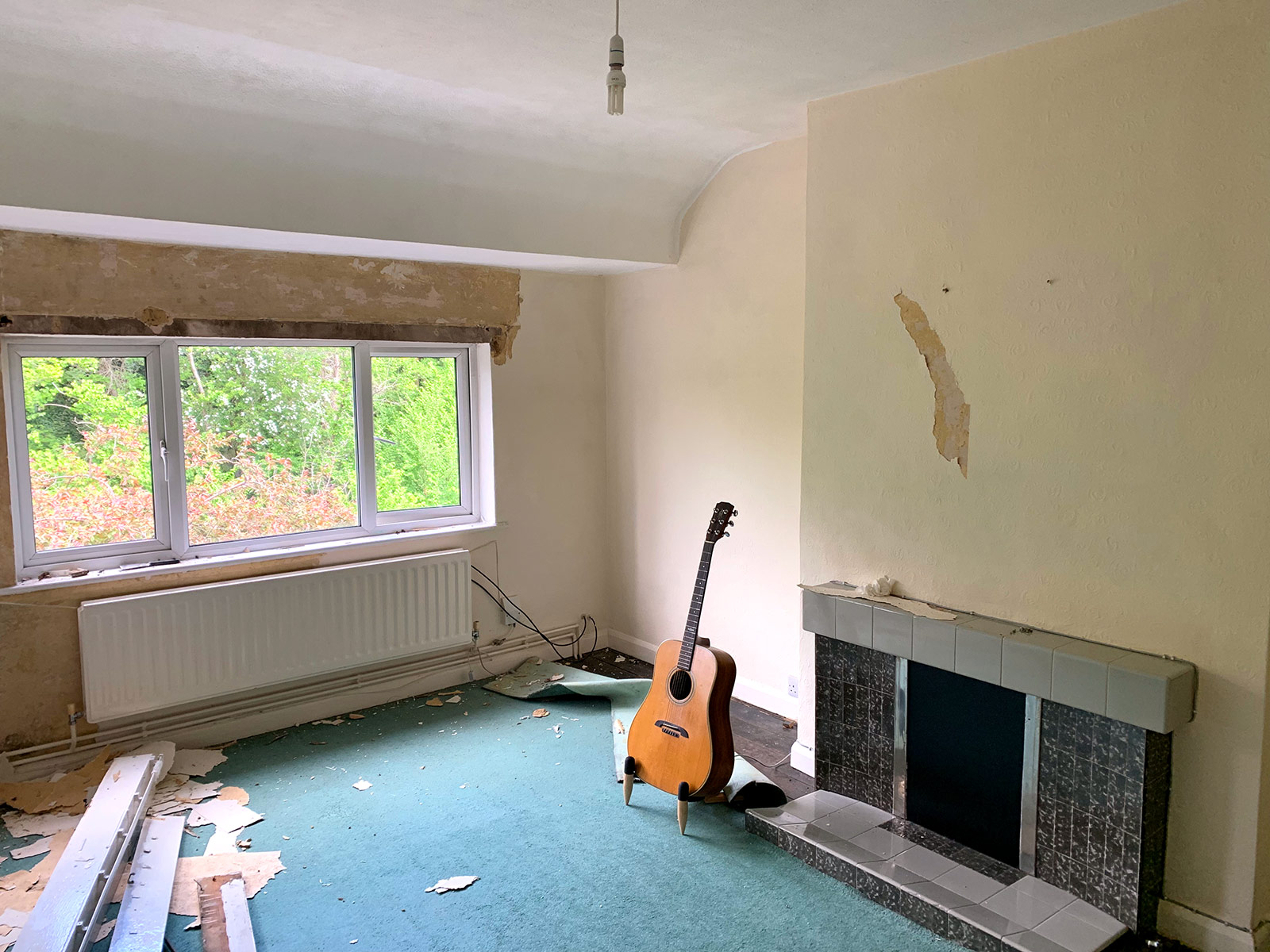 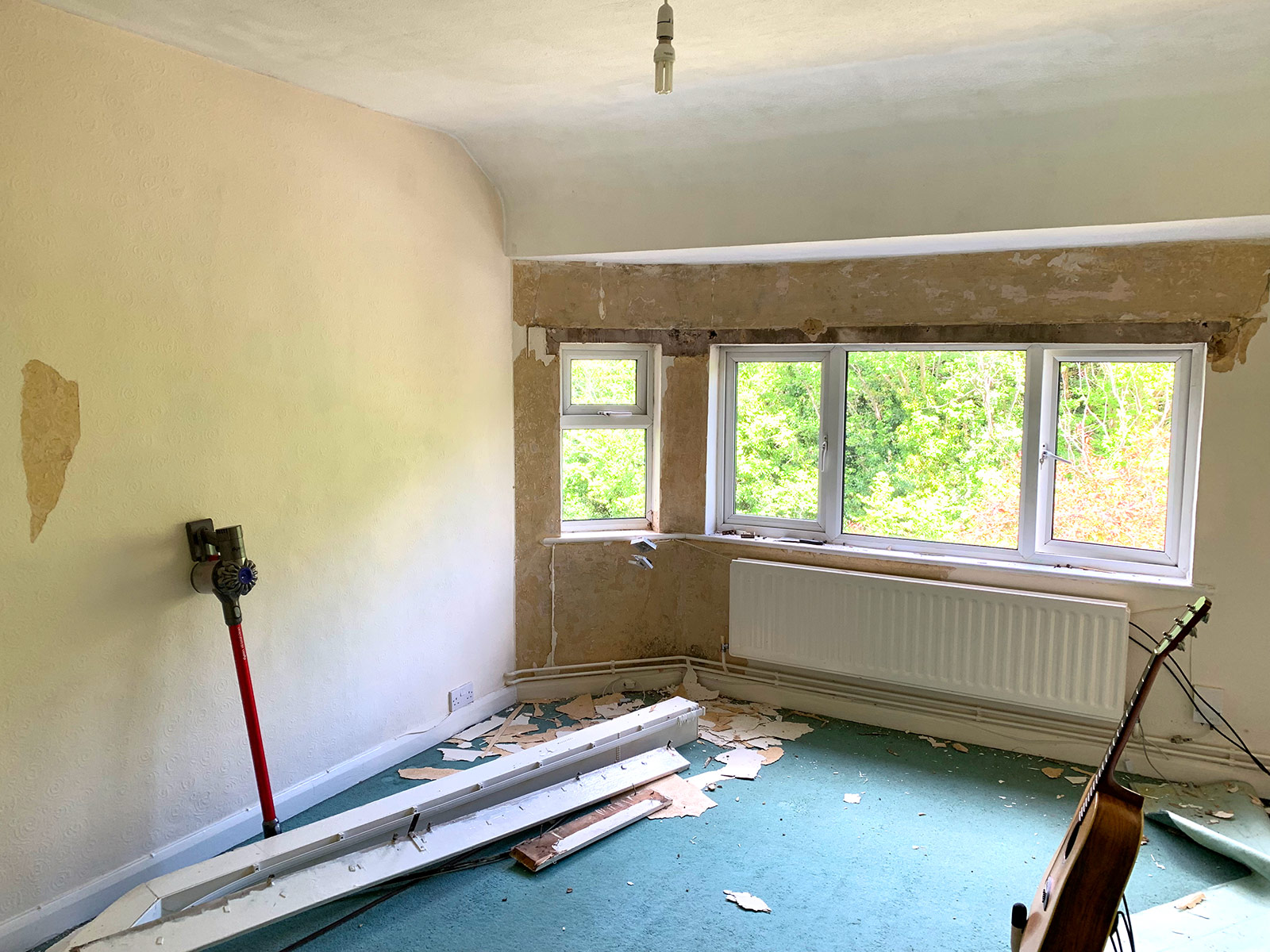 Filled with emotion the curtain rails really had to go!

I wanted to write this blog for a few reasons, partly to share the wealth of experience I have gained by refurbishing the flat, partly as way of documenting a journey which I am incredibly proud of and lastly as a kind of therapy because for me it has been a very emotional part of my life! So, over the coming weeks I will share my journey part by part with images that I took all the way through the process and for whoever reads it I hope it will be of help, inspiration and a confirmation that you can accomplish things that seem impossible!