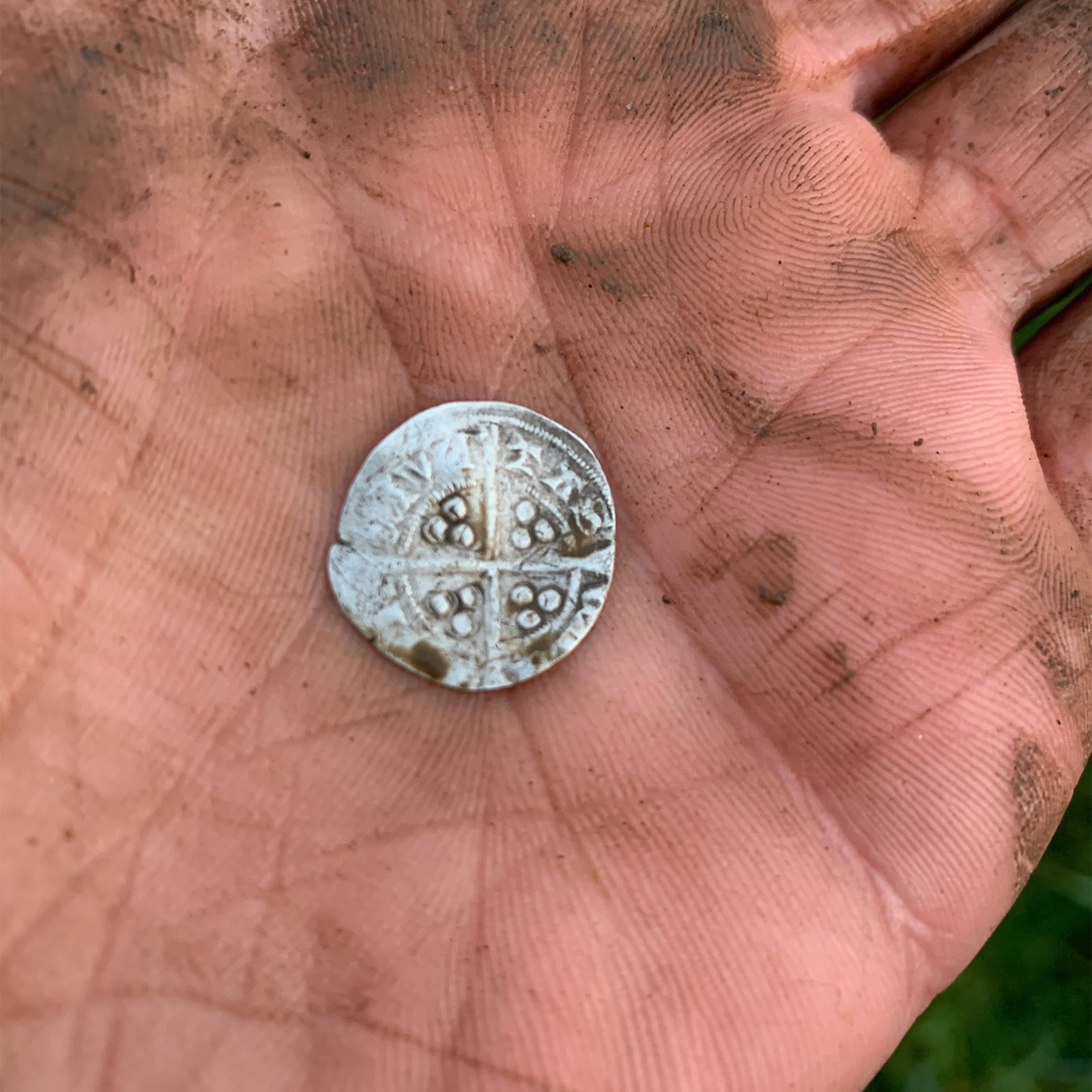 Since the latest lockdown and what seems to be a never ending list of restrictions, it’s been really tough not being able to go out detecting. For the most part, I find detecting is a pastime that enriches my soul and I’m sure I’m not alone in thinking it’s a great tonic for mental health too, something a lot of people are struggling with during this pandemic.

Thankfully the government has changed it’s guidance on detecting so for those of us that have local permissions it means we are able to get back out. I will often take the dog with me giving both her and myself some much needed exercise. It’s great to have her company although it is frustrating at times when she decides to dig up the holes I’ve just filled!

In my last detecting blog I wrote about the coins that I have been finding, in particular a trade token that dated back to 1664. I also expressed my confidence in hopefully finding coins that will predate that trade token, but I really didn’t expect it to happen on my first time back out!

It was a very cold, wet day so I didn’t stay out for that long, just over an hour. I didn’t have any finds to speak of either, there is usually a button or two, the odd modern coin and such like but this time nothing. It was only after deciding to call it a day and walking back to the entrance of the field that I happened to walk over the right spot. 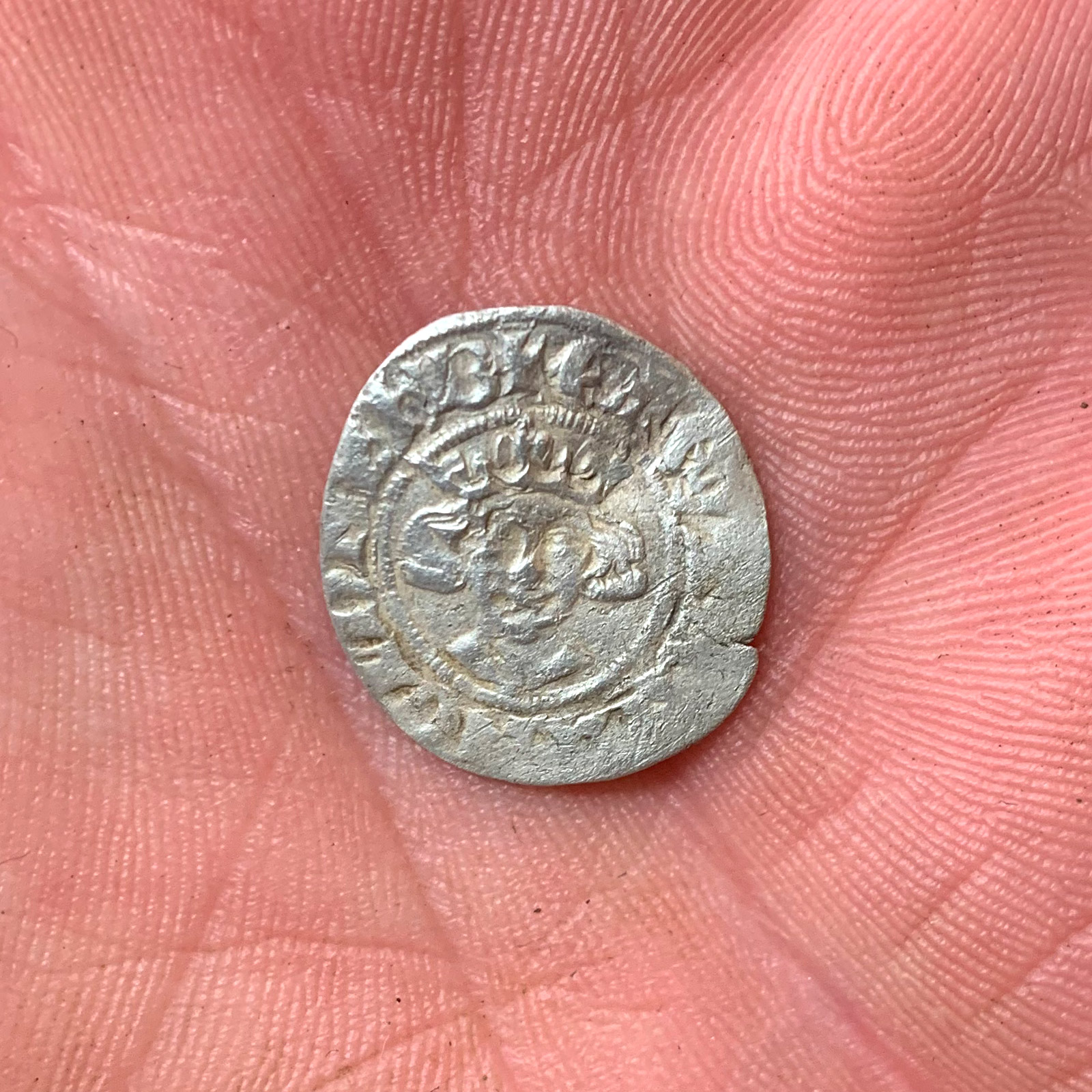 Portait of Edward I.

This was the day I found my first silver hammered coin! I’ve been longing to find a hammered coin since I started detecting again last year and because of that it feels like a real achievement. There was no silver dance upon finding the coin though, that felt a little too excessive. Instead there was an air grab with a fairly elated YES, that response felt a little more Andy Stone.

The coin I found is an Edward I Silver Penny, although in truth it could be one of 3 Edwards as they followed in succession and all used Edward I’s portrait on their coinage. The inscription CIVI TAS LON DON can just be seen which means its London minted but it’s difficult to see who the Moneyer is and because of that it’s hard to attribute it to a specific Edward. This means the the coin is dated between 1272 – 1377, the combined reign of the 3 Edwards.

Again there is the thought of connecting with history, something detecting has a unique way of bringing. The possibility that the last person to touch this coin before me was nearly 700 years ago. Then the questions, who did this coin belong to, what were the circumstances that led them to loose it, and was it missed? These questions I know will never be answered but that fact it makes me think and fills my head with images of what the past might have been like is an added bonus that makes detecting the wonderful hobby it is.

All that aside, it’s my first hammered coin which for me feels like a landmark find. I’m sure there will be more to come as I continue my detecting journey, but for now i’m basking in the joyous feeling that finding my first silver hammered has brought.