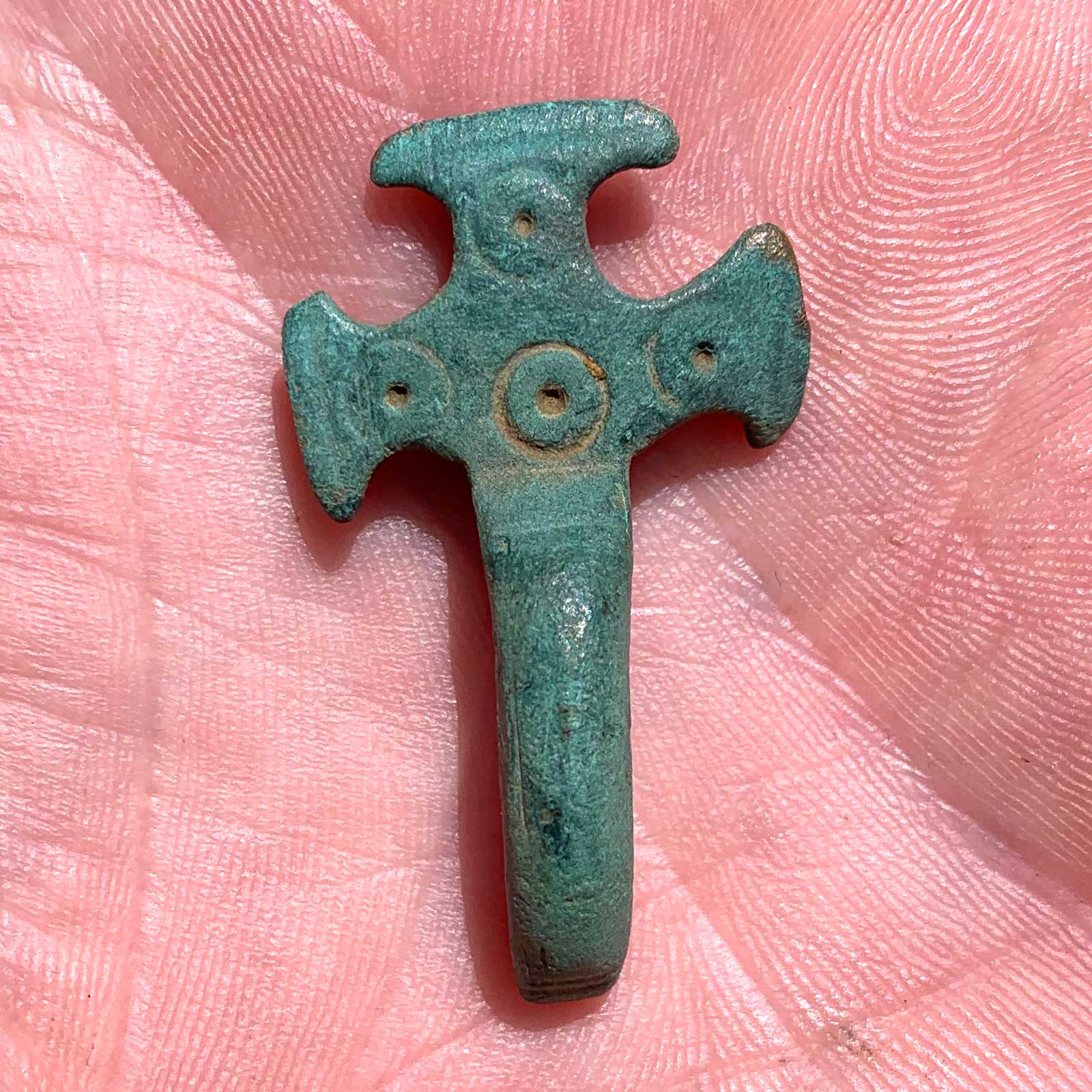 I don’t know why I have waited until now, but I think its time to blog about my favourite find so far, an Early Medieval (Anglo-Saxon) small-long brooch. I found this little beauty on a pretty cold Sunday afternoon at the beginning of January. To be honest it almost didn’t make it home as I initially mistook it as part of the fastening from a belt buckle, I have been finding quite a lot of fairly modern buckles probably lost by farm workers over the years.

Still not thinking much of it I put it in my finds pouch and carried on detecting. It’s only when I got home and cleaned it up a little that I thought it maybe something a bit more special. A lovely green patina was revealed and some very rudimentary decoration on the front.

As I do with a lot of my finds I sent some images to the curator of my local museum. I feel very lucky that I have enough of a friendship with him to be able to do this and I’m always in awe of his incredible knowledge. He told me it was an early Anglo-Saxon small-long brooch and that it should be reported to our local Finds Liason Officer for confirmation. I reported it as he suggested and it is now recorded on the PAS register and can be seen on the link at the end of this blog. 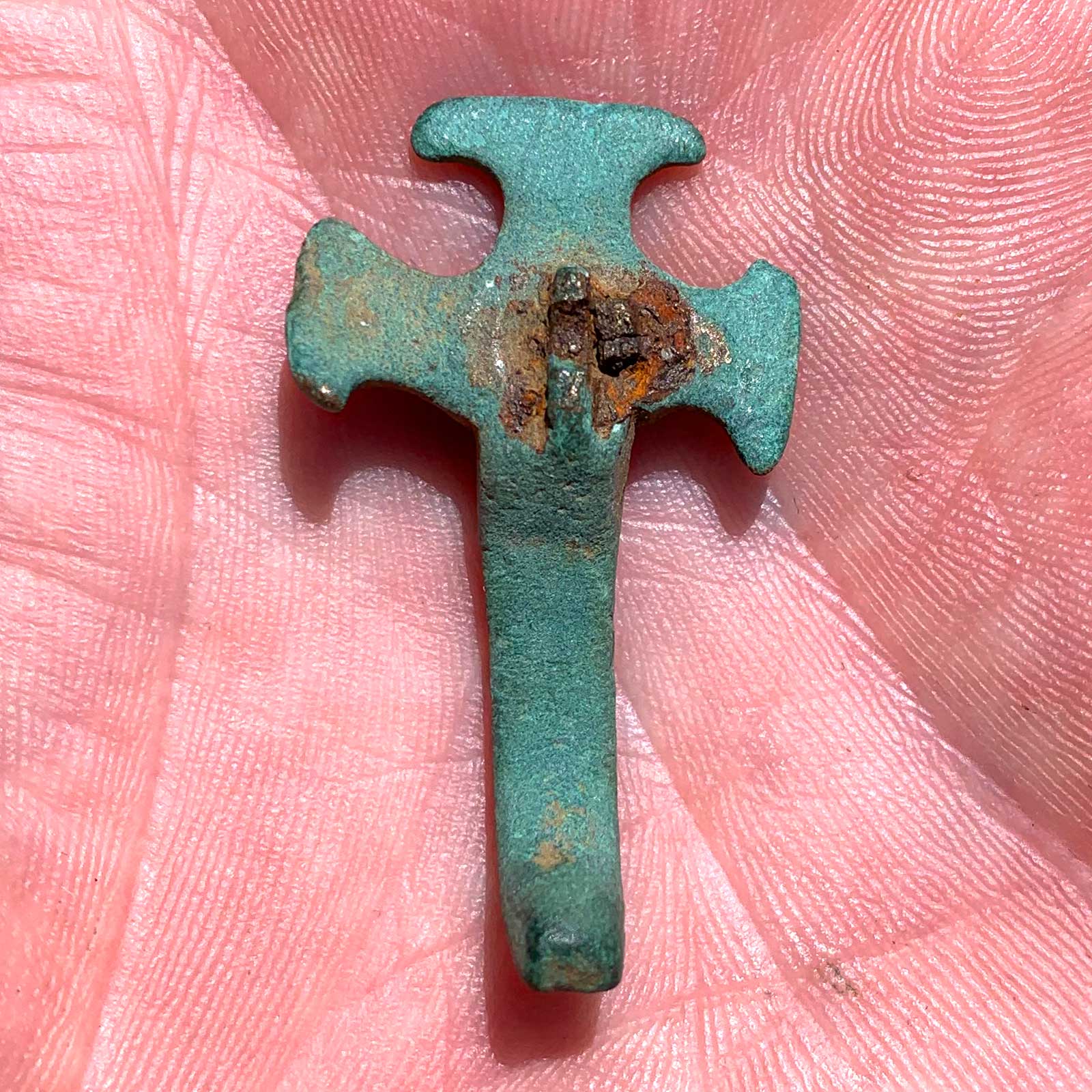 Reverse of the brooch with broken clasp. 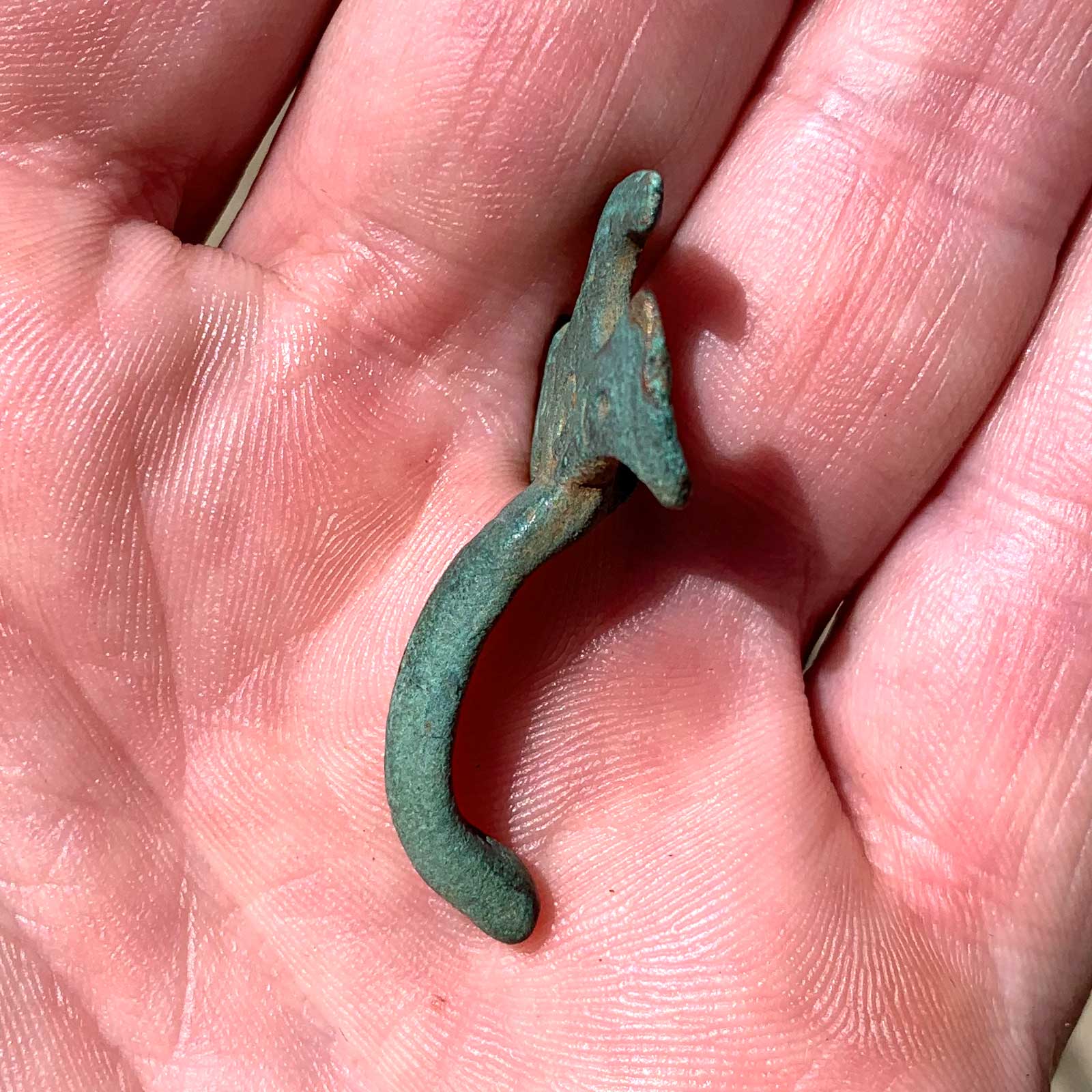 Side profile where you can se the bow.

Having confirmation on the brooch left me thinking about who would have owned and worn it. So I took to doing a little research, it turns out that Hertfordshire formed part of the Kingdom of Mercia and the Saxon peoples living in and around the Hitchin area after the Roman Occupation were known as the Hicce.

It would seem that these types of brooches were mainly worn by women as a way of fastening items of clothing together. It is suggested that the small-long brooch is a cheaper substitute for the bigger cruciform brooch, so this particular specimen could have belonged to someone from a less wealthy part of Saxon society.

The foot of the brooch is missing which would have held part of the clasp mechanism, the fact that it is missing could possibly explain why this brooch was lost. It’s generally thought that Saxon women were involved in jobs that didn’t require much physical labour such as dairy maids, cheese makers and bakers. So maybe this brooch was lost by a Saxon woman whilst milking the cows?

Again, it’s such a great part of the hobby to build a picture in your head of who these things belonged to and how they lost them, if indeed this brooch was lost. There is no way of knowing if what I am thinking is actually the reason for how I came to find this brooch, but it is certainly one possibility which I think is quite plausible.

So another little piece of Hitchin history has been found, identified and recorded. I really do hope that there will be a lot more finds like this to come as I continue on my detecting journey!